Iron (III) chloride, also called ferric chloride, is an industrial scale commodity chemical compound, with the formula FeCl3 and with iron in the +3 oxidation state. The colour of iron (III) chloride crystals depends on the viewing angle: by reflected light the crystals appear dark green, but by transmitted light they appear purple-red. Anhydrous iron(III) chloride is deliquescent, forming hydrated hydrogen chloride mists in moist air. It is rarely observed in its natural form, the mineral molysite, known mainly from some fumaroles. When dissolved in water, iron (III) chloride undergoes hydrolysis and gives off heat in an exothermic reaction. The resulting brown, acidic, and corrosive solution is used as a flocculent in sewage treatment and drinking water production, and as an etchant for copper based metals in printed circuit boards. Anhydrous iron (III) chloride is a fairly strong Lewis acid, and it is used as a catalyst in organic synthesis. 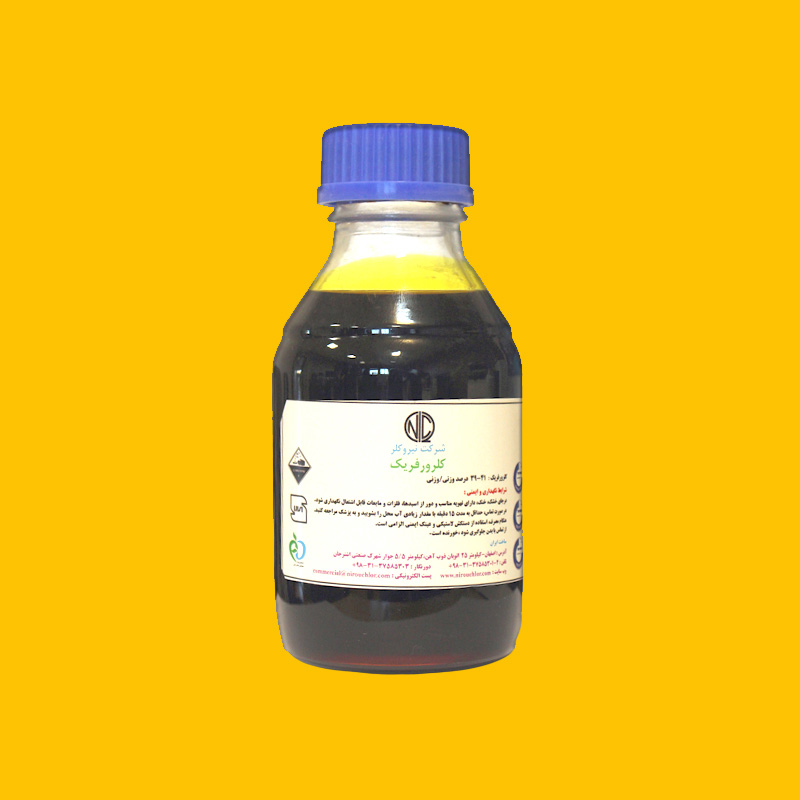 A coagulant in the water/wastewater industry, provision of printed circuits and plant fertilizers, a controlling and decreasing factor of phosphates, drinking water turbidity removal and decrease of waste waters turbidity . 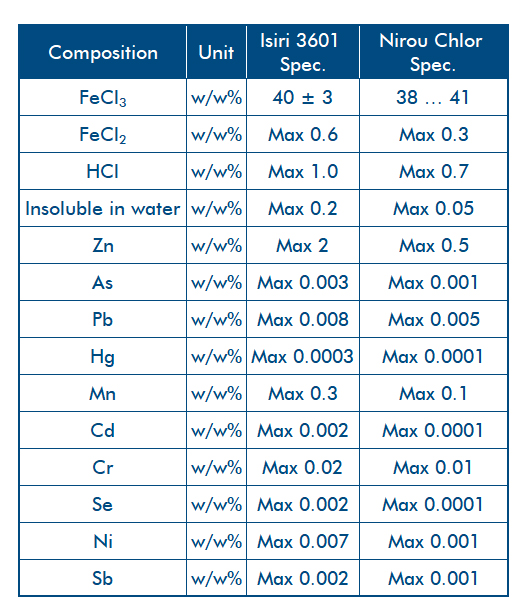 Be the first to review “Ferric Chloride” Cancel reply